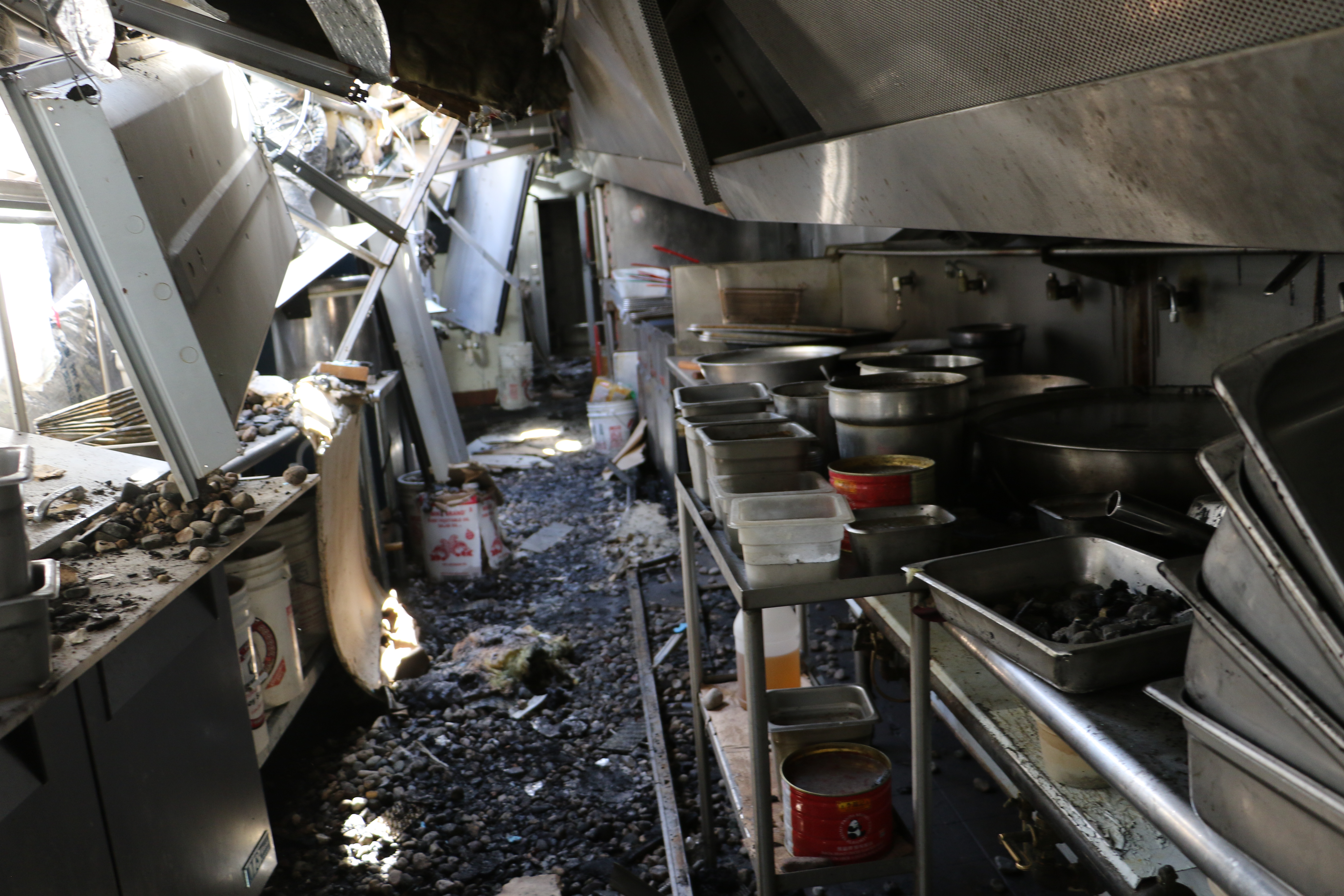 Image credit: Futrell Fire Consult & Design, Inc. –
This fire, in a restaurant, started during the cooking process in the cook line under the exhaust hood.
The suppression system failed to suppress the fire, but the manual pull station was not used by the occupants.
The fire burned thru the roof and the roof collapsed.

As food safety and restaurant managers, you are trained to create a safe eating experience for your guests. In the strictest sense, that means delivering food safe for human consumption. But sometimes you become so focused on one issue that you don’t see the 246-ton fire-breathing dragon in the room! As owners and managers of a public gathering place, you have additional safety responsibilities to both guests and employees. That’s why Scott Futrell, fire protection engineer, discusses some of the fire safety issues owners and managers should consider. This is the first in a series of articles that will explore fire safety in the food preparation environment.

Don’t overlook fire safety in your kitchen and your restaurant

According to the National Fire Protection Association, between 2006 and 2010, fire departments in the United States responded to an average of 7,640 structure fires per year in eating and drinking establishments. That is almost twenty-one fires every day. Annually these fires cause two civilian deaths, 115 civilian injuries, and $246,000,000 in direct property damage. That does not include business interruption losses. Fifty-seven percent of these fires involve cooking equipment. Seventy-one percent of the fires remain relatively small, and the failure to properly clean was a factor in twenty-one percent of the fires. [1]

In Minnesota, in 2014, 166 structure fires in Public Assembly Properties were reported and 44% of those were in the kitchen/cooking area.[2]

What can you do to protect your investment or your facility?

ABOUT THE AUTHOR: Scott A. Futrell, PE, FSFPE, CFPS, SET, CFEI, is a fire protection consultant with Futrell Fire Consult & Design, Inc., in Osseo, Minnesota and has over 40 years’ experience designing, specifying, and investigating fire protection system related losses. He is a Fellow in the Society of Fire Protection Engineers, co-author of “Designers Guide to Automatic Sprinkler Systems”.